Simple, nutritious and flavorful, this Cilantro Lime Brown Rice is the perfect side for any Mexican dish. 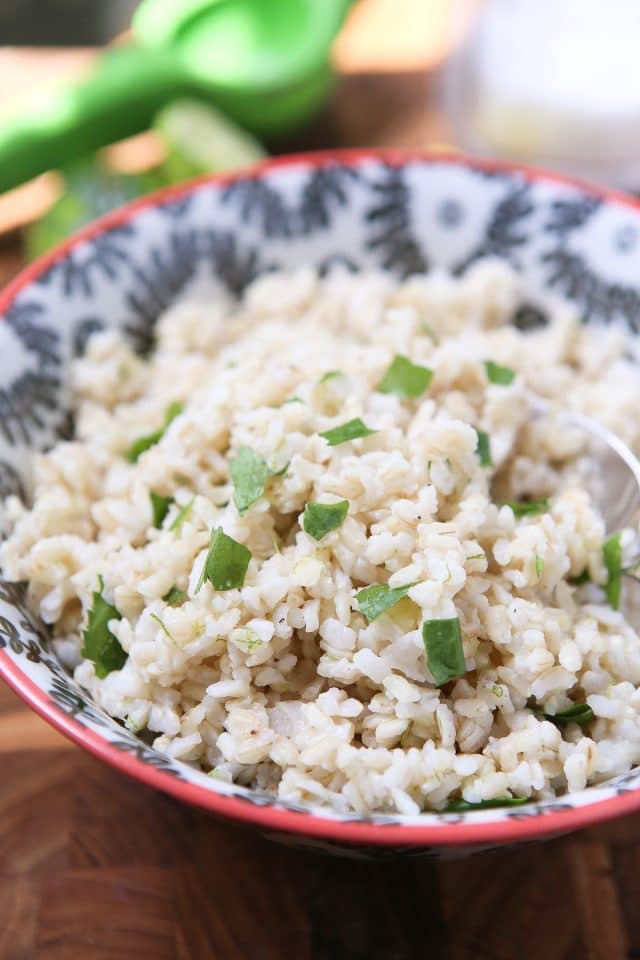 We are a brown rice family. I make it pretty much every week because it is one side dish I know everyone loves and will eat. I try to make a big batch of it ahead of time for meal prep to make it easier to make recipes like this 5 Ingredient Vegetable Fried Brown Rice or to include in these Turkey and Black Bean Burritos. It is my go-to base for when I make stir fry so having it made ahead and ready to go definitely helps on nights when all I have time for is to stir fry. 🙂

I found this recipe for Cilantro Lime Brown Rice on the side of the bag of brown rice I purchased from my grocery store, Publix. (I {heart} Publix so much.) Since I was making rice for burritos, I decided to give it a try because, well, cilantro and lime. Doesn’t cilantro and lime pretty much make everything better? 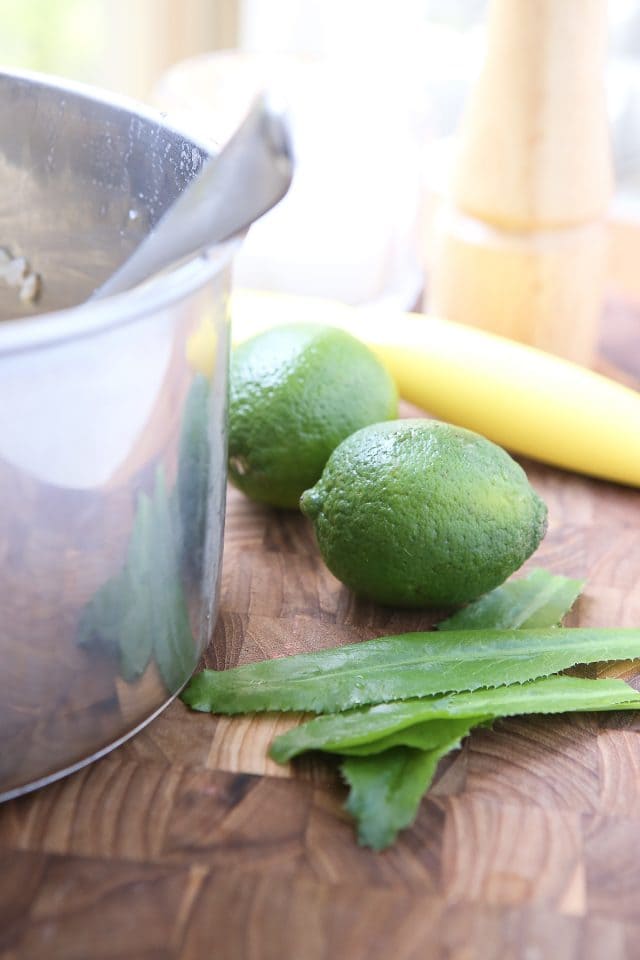 Speaking of cilantro…that’s not cilantro in the picture. I have not had any luck growing cilantro in my container herb garden over the years so I’ve stuck with it’s close relative, culantro. Culantro is a more potent version of cilantro and works so when I need some I just grab it if I don’t have time to get traditional cilantro from the store. So if you have struggled with growing cilantro too, grab some culantro from the garden center if you see it – it’s pretty indestructible. 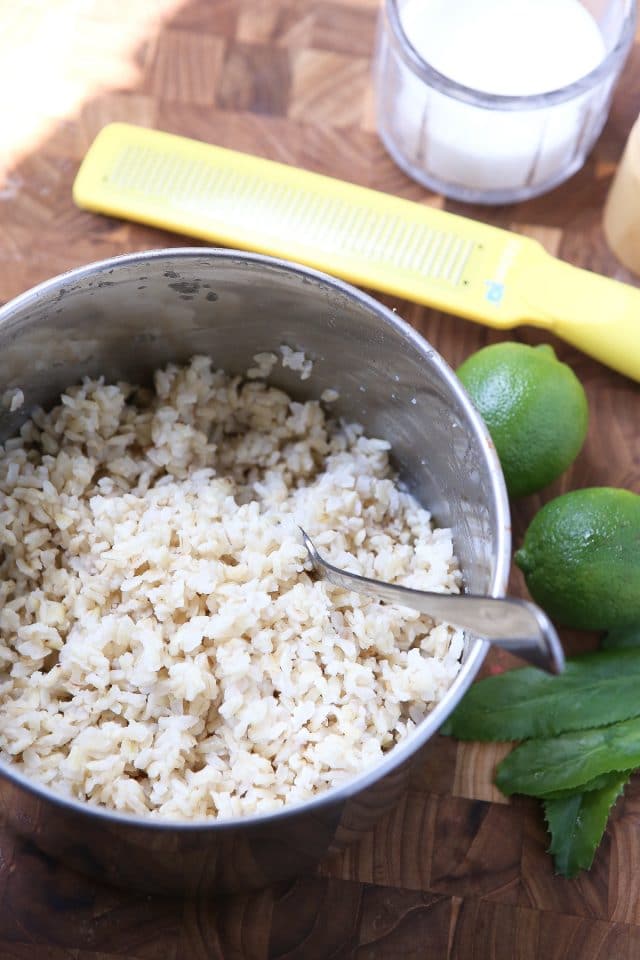 The key to making brown rice on the stove top is to give yourself enough time. You can’t disturb it either. I basically bring it to a boil, then back down to a low simmer and cover. Set the timer and don’t touch it! It’s not a quick process (about 45 minutes) but it’s definitely hands off (don’t forget to set the timer!). I’ve used a rice cooker for many years and it is my favorite and easiest way to cook up the rice, but honestly I don’t always feel like messing with it. I’m trying to pare down on cooking appliances and gadgets and I’m on the fence about my rice cooker. I love the result, but it’s pretty big and bulky. Anyone have a smaller rice cooker they love? Or do you typically cook it in on the stove top? 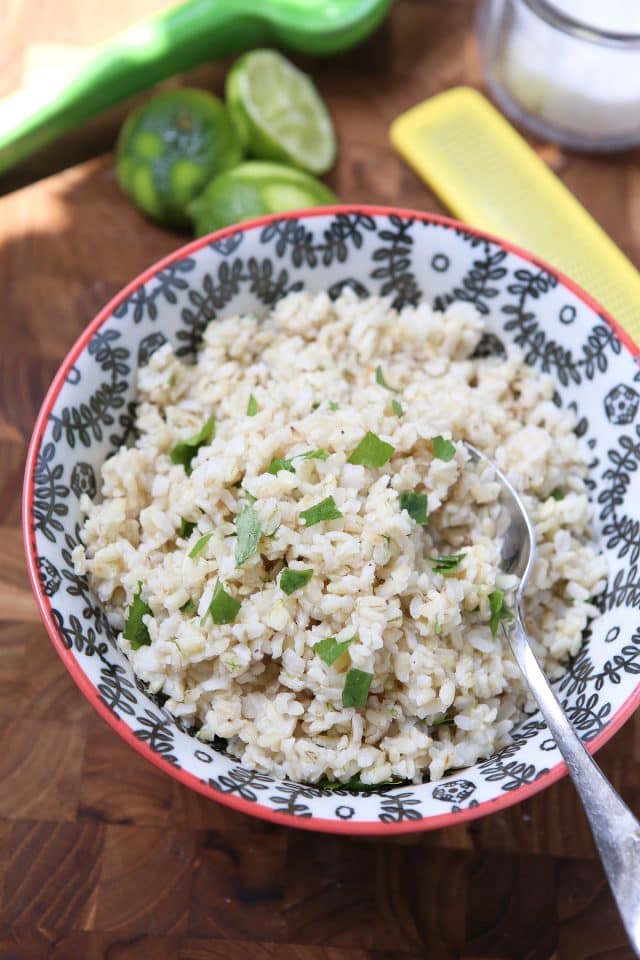 Tools to help you make this recipe:

Recipe from side of Publix Whole Grain Brown Rice bag

Follow AggiesKitchen on Instagram and show us what recipes you are making from the blog! Use the hashtag #aggieskitchen - I'd love to see what you are cooking up!