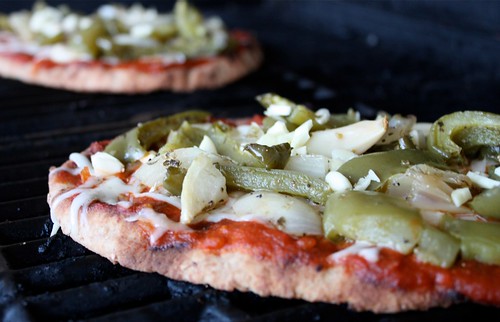 A couple of weeks ago, my friend Holly blogged about some Naan Pizzas she made.  Naan bread is pretty new to me…had my first experience with it at our local Indian restaurant not long ago and also saw Aarti make pizzas out of it on her final episode of Food Network Star.  These breads make the perfect crust for quick pizzas!  I found these breads in the deli section of my grocery store, near the pitas and other flat breads. 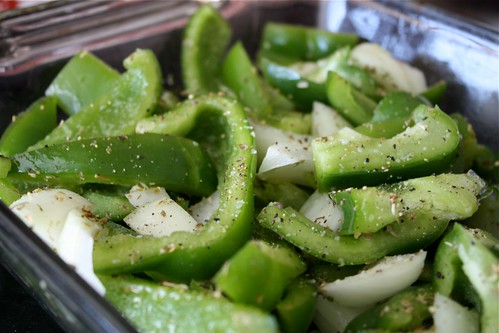 I was inspired by my produce drawer to make these little pizzas into “Stingers”…the name comes from one of my favorite pizzas my dad serves at his restaurant.  Strips of green peppers, onions and garlic…baked first in the oven and then added as toppings in addition to traditional sauce and cheese.  While I was cutting my veggies I actually had a deja vu moment that took me back to the days where my mom would pick me up after school and bring me back to their pizza shop to hang out.  She would keep me busy sometimes by giving me something to do in the kitchen…cutting up peppers and onions seemed to be a job that always needed to be done.  It was so long ago (I must have been in middle school!) and the memory made me smile. 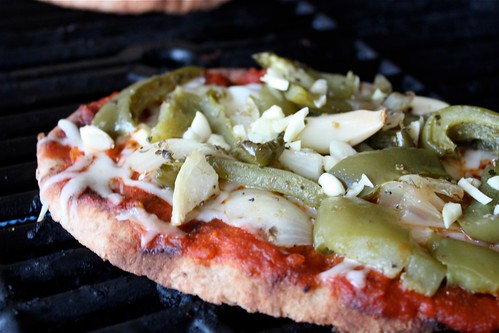 Before I share the recipe for these delicious pizzas I want to thank everyone for all of their votes for my recipes entered into the Pacific Natural Foods Everyday Chef Challenge.  It was a fun experience creating the recipes out of secret ingredients and though I didn’t win, both recipes turned out delicious and the positive feedback from you all who made them is so much appreciated!  The contest is now in the Finals…Elana’s Pantry’s Thai Vegetable Soup is up against Herbivoracious’s Tortillas and Spinach in Black Bean Sauce.  This is a tough competition, both dishes look and sound awesome!  You can vote for either of these two recipes every 24 hours up until Wednesday October 13.  And while you are there, vote for one of the Everyday Challengers that are up for the Culinary Bootcamp Grand Prize as well.   My friends Holly, Merry and Lori along with some other great cooks are all in the Finals and need votes!  Good luck to everyone in the Finals!! 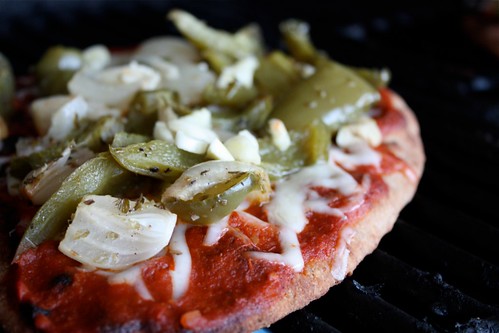 Follow AggiesKitchen on Instagram and show us what recipes you are making from the blog! Use the hashtag #aggieskitchen - I'd love to see what you are cooking up!