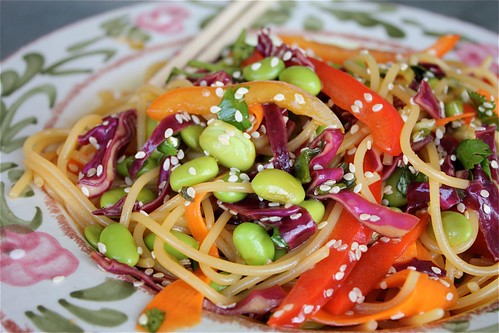 I have not been wanting to turn on the oven lately.  I’ve done it, but I haven’t wanted to.  It’s just so hot, and when it’s hot I really don’t feel like making the effort, as well as eating anything heavy or “cooked”, if you know what I mean.  A day last week was definitely one of those days..all afternoon I was teetering between calling my husband to bring home take out or pulling something together last minute.  Last minute won, and it was all good…I was able to use up lots of produce from the fridge, keep it healthy and avoid spending money on take out.  And better yet, the leftovers made a great lunch the following day. 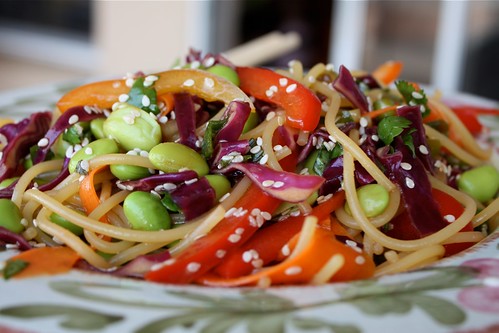 After doing a quick google search, I found this great recipe for sesame noodles on EatingWell.com.  I made substitutions based on what I had on hand, but I stuck with the same sauce.  I also wanted to turn this into a complete meal so I cooked up some frozen shelled edamame for protein and added it to the noodles.

Cook pasta according to directions. Drain, rinse under cold water. 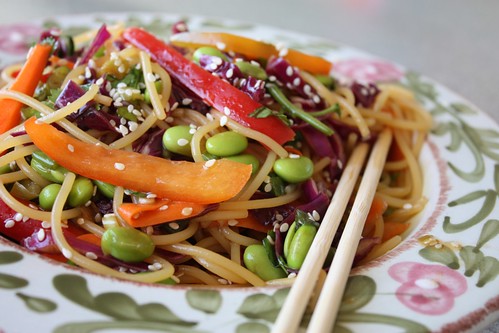